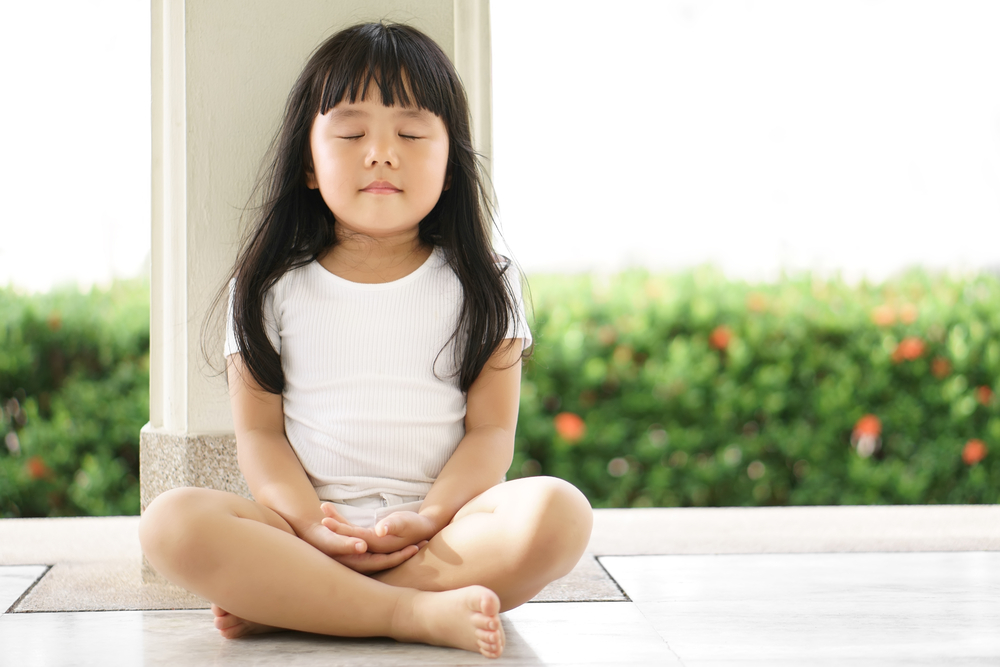 Vitamins are crucial for human health and immunity. A deficiency of even a single vitamin can cause innumerable problems in our body and mind. At the same time, excess vitamin can also cause vitamin toxicity and is equally bad. So, moderation is key when it comes to vitamins as well. However, in this blog, I am not referring to vitamins that comes from food, seed or supplement.  This one’s a different vitamin called the Vitamin “V” and it comes from deep within your subconscious.  It’s the power of “visualisation”.

This powerful vitamin called the Visualisation has the ability to train your subconscious the very second you sit down to practice it. Each of us have the ability to tell our subconscious how we want our life, weight, body, career to be or how you want your disease to heal. We don’t have to depend on what everyone around us says. Just because majority believe that a fourth stage cancer is the last stage, it doesn’t have to be that way. We all know that some people even after the fourth stage are living and some are even thriving. Similarly, most have formed a belief system that Type 2 diabetes cannot be reversed and that you have to live with it, yet we all know people who have reversed their diabetes completely. When we believe and make our mind, especially the subconscious mind rigid with the belief, that’s where we put a limit to healing.

Have you ever had someone tell you: “You are not made to be a manager” or “You don’t have what it takes to make a leader”? And have you believed that too?  If yes, then that’s where you have stopped in life because someone has seeded the thought in your subconscious. Understand that that was just one person’s perspective and he/she could be wrong too. Decide the rise about everything you hear and you’ll notice so many people who were once deemed as failures are now some of the most successful people in the world.  So, the most self-limiting thoughts are our own beliefs and what our subconscious believes.

In my practice, I encourage my patients to visualize and then review their progress after a week or month. While it works for most, some eventually give up or don’t choose to begin in the first place. There are two reasons behind

We as humans are scared of disappointment and failure. If I had to ask you to visualise that you are losing weight or your dream body, then chances are that you may give up because of certain limiting beliefs like “What if it doesn’t happen?” It’s disappointing, right?  Thus, to escape that disappointment most of us give up on this practice. However, it’s important to understand that disappointment is a part and parcel of life. Each of us going to face it sometime or the other. So, we’d rather rise up and be strong to accept disappointment.  Don’t be scared of the outcome. If somethings don’t turn out the way you want, accept that it wasn’t meant for you.  I often ask people to think back in life of all the things that they wanted but it didn’t happen. In most cases, people are grateful that those events didn’t occur. Sometimes life is protecting us in its own way it. It doesn’t give us everything that we need or want for the right reasons. But that shouldn’t stop us from visualizing.

The second mistake that people do when they visualize is that they do it believing that they don’t deserve it. For e.g.: If I ask someone to visualise wealth or their cancer to go away completely, they do it doubting how deserving they are. Who stops you from deserving anything? As long as it’s with the right intention and you put in the right amount of effort, you are deserving. Its as simple as that.Not feeling deserving enough works like an Auto-suggestion. For e.g.: Just before your night’s sleep and bedtime meditation, quietly tell your time the time you would want to wake up the next morning. In most cases, that is if you do it with conviction, you will find yourself waking up the same time you wanted to. So, if that works, imagine all that you can achieve with the power of your subconscious mind.

Having said that, there will be many out there asking for the science or research behind it. Well, its simple. Do it if you believe in it. Its your choice and no one can ever force you, but the point is, what’s stopping you from trying something as simple as visualisation when everything around you is crumbling and falling apart?

If you are the one dealing with cancer, right now you have the power to form a mental picture of how you would want to live your life without cancer 6 months later or a year later. You can visualise that you are on a holiday with your loved ones or doing something that you truly enjoy. You have got to see that picture so clearly in your mind that you start believing that its almost going to happen.

Visualisation is not about wanting a hundred thousand dollars. You got to visualise the feeing when those hundred thousand dollars are coming into your life. Visualise how would you be spending those dollars, visualise the joy in your face when that happens. That’s the depth of visualisation and its limitless.  It has to get into your subconscious mind and things will start changing.  If it can be created in your body and mind, then it can be bought to reality as well.  The simplestproof of this is the placebo effect. The power of placebo is well known by doctors as well and it exists in medical literatures as well.

Its unbelievable how the power of placebo works. Consider a drug addict like that of heroin, come in to a hospital for his usual heroin fix. Now, when it comes to weaning someone off a drug like heroin, it can be life threatening if it stopped all of a sudden, because the withdrawal symptoms are so severe. One has to continue giving them in smaller doses and gradually wean off. At the same time, its also risky for the doctor to inject heroin as they may lose their job. So often doctors create this fake scenario where they agree to give the drug addict some heroin provided they remain zipped about it. So, while they do that, doctors inject saline, pretending that its heroin and the drug addict immediately starts to feel better. Now that’s just because his mind believes what the doctor has injected is heroin. This is the power of placebo.  Yet as human beings we are arrogant to believe that.

Try Vitamin “V” today and every day.  Teach it to your children, whether they want to win a race or ace their examinations. Make them build a mental picture in their subconscious mind. I can promise, you will see how your life changes. I can’t guarantee you will get $500,000 but I can guarantee that there’s going to be a positive change in your health, mindset and most importantly, your well-being.  Fear, doubt and insecurity are the most self- limiting factors to our own progress in life.