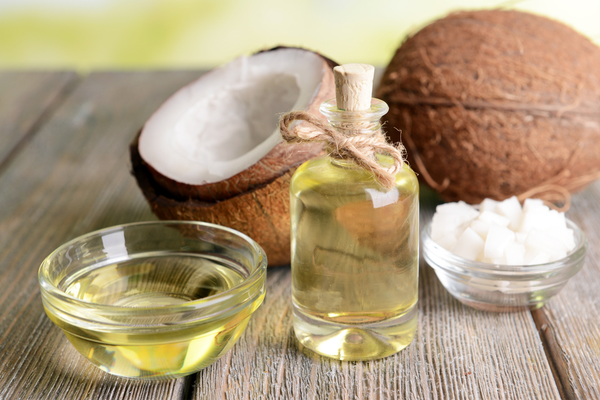 There is an article written by a Harvard professor that’s floating all over social media and newspapers currently and it talks about how coconut oil kills and is a pure poison.

A Harvard professor just busted the myth that coconut oil is good for you, calling it ‘pure poison’

We also have people sending in mails, messages etc. asking for verification of the same. As much as I understand the concern and fears, its about time we use ‘Vitamin C’ which is simple common sense when we come across stuff like this.

Again saturated fats have taken a beating. The American Heart Association threw light on a similar topic a few months ago talking about good and bad saturated fats and busted myths about egg yolks (saturated fats) and cholesterol.

South India lived on unrefined coconut oil for decades with no issues and cases of heart disease only increased when olive oil and refined oils replaced the traditional coconut oil. The same happened with traditional peanut, ground nut and mustard oil being replaced with the cheap and highly refined commercial oils. We saw a spike in inflammation and hence heart disease. Its funny how people still go on about cholesterol when the culprit is actually “inflammation”.

Any oil in excess be it refined, wood churned, cold pressed, virgin, extra virgin will cause damage to the heart. IN EXCESS that is. I think doctors and pharmacists are afraid that coconut oil used in the right proportions with the right nutrients and trace minerals is actually repairing underactive thyroid glands, boosting liver enzyme health, working for better T3 and T4 conversion in the liver, boosting immunity and so much more.

Obviously if you belong to the ‘herd‘ that participated in every fad that comes your way and you start drinking coconut oil and adding it to coffee and over doing it without balancing your total daily intake of oil and fats, it WILL CAUSE A PROBLEM.

People are going back to the roots of living where lifestyle disease was scarce.  They are moving back to spices, traditions, wisdom of the elders, etc. and here you have an article thrashing an oil that is being sold at high prices and termed as a superfood across countries. If it killed, the FDA would be the first to ban it.

I am hoping to see articles on hydrogenated and trans fats, HCFS (high fructose corn syrup), artificial sweeteners, GMO foods etc. from honourable professors from elite universities too. Will we and can we expect some? I don’t think so.

Let’s get real. Most foods and things that were once glorified in West are now being done away with and we find the wisdom of the East adding value to the western lifestyles. Let’s be smart. Let’s grow health as a world community instead of all this nonsense. No honourable professor from an elite university is writing about the super dangerous crap oil being used in fast food chains across the U.S. I wonder why. And they pick on coconut oil that islands and nations have used with no issues.

So what should you do? Use your common sense and make a decision. Every human has a choice- to do or not to do. Its time we use our brains rather than falling prey to stupidity. I’m sure the oil organisations are worried because cold pressed and really pure oils are slowly posing as a threat to them. How come there are no such articles about sugar, canola oil etc. etc. etc.? Because that’s what brings in the money.

Oil is a huge industry but there is the wisdom of even getting healthy fats from just eating nuts, seeds and the actual coconut meat. You can get the benefits directly without having to consume oil. Coconut oil is not a miracle magic oil, its not the magic oil that will take away your cancer or disease. Its a healthy oil with numerous health benefits, especially brain health. (the positive impact it has on Alzheimer’s, brain cancers and other brain related problems will never ever make it to mainstream news).

So as I said its a good oil. Use it wisely or follow crap that’s put out there to instil fear in people. If you are fearful, don’t have it. Its as simple as that.